…is just a shortened portrayed rendition of the long, arduous process my parents endured to get me. (And the long, complicated process I have at the DMV!!!!!) The emotional part was way worse for them than the tangible complications. 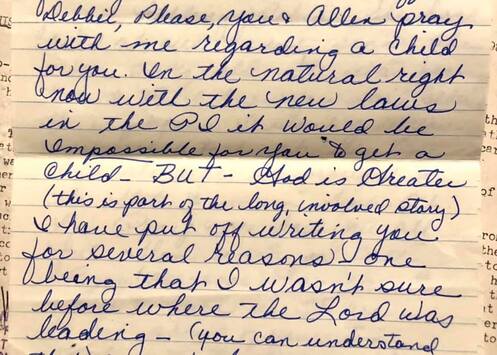 In the letter, it shows the missionaries (who are basically my grandparents) warning my parents it’s next to impossible for an adoption to happen regarding the new laws in the Philippines. They didn’t want to get their hopes up because they weren’t sure I’d make it out. The Wests were able to personally place 3 babies…and, I was the last one who made it…barely. It breaks my heart when I read,
“She has no future for her baby. She is like thousands of others here, it’s so sad.”

The missionaries also worked in the orphanage with some other missionaries.
It was everywhere and they were in the middle of it.
As grateful as I am for so much (understatement), I’d be lying if I said I didn’t feel guilty sometimes that I made it and they didn’t. And, I know I barely squeaked by.
Why me?

My heart hurts for others and I wish I could hold them all. Every single hurting child, EVERYWHERE. It’s unbelievable what God took me through in addition to the love that was poured into me ever since I arrived to the states at 14 months old. I believe that is a deep-rooted reason to why I have this unexplainable love and passion for others.

The history of my birth family is a dark one.
I already knew it growing up, not because anyone else knew anything, but because of the dreams, visions, and sight into the spiritual realm that I had. I even joked, “Watch, my dad is a pastor and my birth dad is a witch doctor,” — It was confirmed to me later in my mid-twenties when I got semi-reunited with some birth family members, and it was more than just one family member who were heavily involved in the dark arts. I might have similar abilities, but mine come from a difference Source. I HATE darkness. Absolutely hate it.
I understand those who don’t have dreams, nor supernatural experiences, and have only seen “fake prophets” for their “brush of spirituality” - but God, the spiritual realm, demons, and battles are real. There was also a history of abuse, infidelity (grandpa had over 8 wives), and rape. 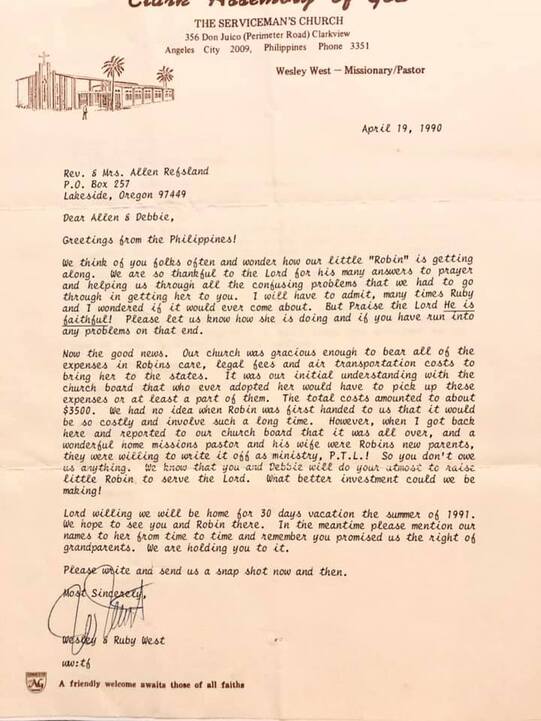 This is another reason Church has been like family to me since the beginning. Reading this letter the other day touched me all over again. The Church was the only family I had, and they did everything they could to get me here! I’m thankful for those who dedicated so much time and resources!!
All that…for one child…one baby.
It’s humbling.

Some say these days it’s not worth it.
Trying to save one baby born into poverty.
The stigma of talking about adoption.

Well, on behalf of those of us who make it, we’re so grateful for the opportunity to be here. Thank you to those who cared and did something - and not only did something, but poured out your love and care.
Every missionary, evangelist, and pastor who I continued to see when you passed through town as I was growing up, the meals we shared together, the holidays, I haven’t forgotten you. Every letter and gift you sent, it did something to me and molded my heart. I still have your letters. Every family member who embraced and loved me. I love you.
​
To GOD: You did it all. Even when I failed. Even when I thought I got myself in a pit that rendered it all useless. (Yes I thought that when I was trapped in abuse and couldn’t get out). You never thought it was useless. No moment of our life is useless - and You taught me that. You only saw me as precious and redeemable. And, you brought me out AGAIN. I only hope that others can see and experience the love You have for THEM, and that I can love the same as You.